Majority of the ECO Trails are in the Köyceğiz-Dalyan and Fethiye-Göcek Special Environment Protection Areas (SEPA). These two SEPAs, which host thousands of species in a complex habitat consisting of lakes, water channels, streams, reeds, ocean and beaches, inspired the name of the project.

Seven of the ten endangered and most researched species live in Köyceğiz-Dalyan SEPA. Yuvarlakçay and surroundings, Mt. Çiçekbaba (Sandras) and Mt. Çal and their feet create a rich ecosystem with biological diversity that could be seen only in a national park. 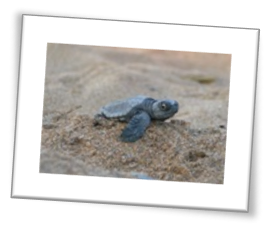 The project area is accepted as one of the unique regions of the Mediterranean with its fauna and rich ecosystem. 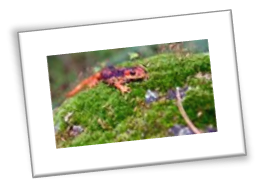 Köyceğiz Lake ve Dalyan wetlands, which include 8000 hectares of SEPA is classified as an Important Bird Area, as birds such as the near-threatened eared grebe (Podiceps cristatus), little grebe (Tachybaptus ruficollis), pygmy cormorant (Phalacrocorax pygmeus) and Eurasian coot (Fulica atra) spend winter there. Scientific results based on the field observations show that there are minimum 178 kinds of birds in Köyceğiz basin. Ten of these birds are endangered and 25 is “near threatened”. Common snipe (Gallinago) and white-tailed eagle (Haliaeetus albicilla) are under protection due to their critical status. White-throated kingfisher, of which spreading area is limited to Aegean and Mediterranean shores, and Krüper’s Nuthatch (Sitta krueperi), which spreads only in conifer forests in Aegean, Mediterranean and Western and Eastern Black Sea regions, have an important place for the area. Together with Anatolian nuthatch, ferruginous duck (Aythya nyroca) and European roller (Coracias garrulus) are classified as “near threatened”.

The natural habitat of Wild Goats in Turkey is steep rocky areas up to 3700 mt altitude and steep rocky sections of forests or shrubs. They feed on grass, leaves, fresh sprouts, branches, fruits, moss and other various plants. Average life span is 15-18 years. Their length is around 130-180 cm; males weigh 50-85 kg and females weigh 35-60 kg. Male member colour is reddish-brown to grey, turning pale yellowish grey in winter; females have a lighter colour. The black column that runs from shoulders to front legs, back and nape in males is not observed in females. Male horns are longer and twisted back like a dagger. Its soles are very rough allowing good grip on steep rock faces. Mating season is from December to mid-January; they give birth in early May to usually a twin.

Caracal population is quite limited in Turkey; healthiest members live in SW Anatolia, including Köyceğiz WLDZ. It feeds on small rodents, rabbits and various birds. Average life span is 20 years. It is an agile cat and could easily be identified by red-brown to grey colour short fur and long tufted ears. It can give birth in any period throughout the year. Its length is 62-91 cm; males weigh 18-20 kg whereas females weigh 13-15 kg.

Brown Bears exist in many regions in Turkey except central Anatolia, some provinces of the Aegean and Mediterranean, Thrace and some sections near the Syrian border. It has a large body, a relatively smaller head, a flat forehead and widespread small round ears. Its colour is usually greyish or dark brown. Its length is between 110-250cm; the weight varies from 100 to 250kg. Average life span is 20-30 years. It prefers herbivorous nutrition although it is also carnivorous. Mating season is from June through July; usually gives birth to two.

Düzlerçamı in Antalya is a habitat that holds the purest Fallow Deer members. They have been reintroduced in Köyceğiz WLDZ in 2013 which used to be one of the few natural habitats. So far, 18 members have been placed in the zone by the General Directorate for NC&NP. Observations from satellite tracking and photo-traps show a successful adaptation resulting in increased population. Fallow Deer lives in forests and open spaces within and feeds on grass, fresh sprouts and leaves. Its length is around 140-160 cm and weight 60-100 kg. Average life span is 12 years. Its horns are branched and flat; at the tip are cogs like spread fingers. Each year, old horns are replaced by new ones and its age is calculated by the number of branches. Its colour is light yellowish brown with white spots in summer, and greyish in winter. Mating season is from October through November.

There are approximately 924 plant taxa that are registered in the area. 70 of these taxa are endemic to Turkey. Approximately 105 of these taxa are rare within the country; of these, Alkanna Mughlai, Apera baytopiyana and Verbascum demirizianum and an endemic of local serpentine Thlaspi cariense (Bern Agreement Additional List type 1) are specific to Köyceğiz-Dalyan SEPA.

Anatolian Sweetgum trees (Liquidambar orientalis Miller) -also known as “Günlük”- exist starting from sea level in wetlands and along streams in valleys together with Eastern plane tree (Platanus orientalis). Sweetgum trees can be found in small groups, either pure or mixed. They are under protection due to being a relic endemic species and habitat loss mainly because of human deforestation.

The primal tree type of the forests in the area is Calabrian pine. Black pine (Pinus nigra) on the highlands of the North, umbrella (or stone) pine (Pinus pinea) grew by plantation. Juniper (Juniperus oxycedrus) with black pine can be seen broadly on the feet of Mount Çiçekbaba and Mount Çal.  Lebanon cedar (Cedrus libani) forms small forests on the highlands of Mount Çal, where one of the ECO Trails cycling route passes through.

In addition to the trees and bushes mentioned above, cyclamen (Cyclamen trochopteranthum), yellow freesia (Iris xanthospuria), sea daffodil (Pancratium maritimum), snowdrop (Galanthus sp.) and medicinal and aromatic plants such as thyme (Origanum sp.), sage (Salvia officinalis), wild lavender (Lavandula stoechas) can also be observed along some of the routes.